HOW IT WORKS
PROCESS
EQUIPMENT

EFC Technology – How it works

In the first case (ABE) ice will crystallize first (point B) when the temperature is decreased. Due to the formation of ice, the salt concentration in the remaining liquid (the mother liquor) increases, which leads to a decrease in freezing point and by continued cooling the ice line is followed till the eutectic point (E) is reached.

The locations of the eutectic points in a water-salt mixture is dependent on the type of ions in solution and can vary over a broad range (both in temperature and concentration) for different systems. 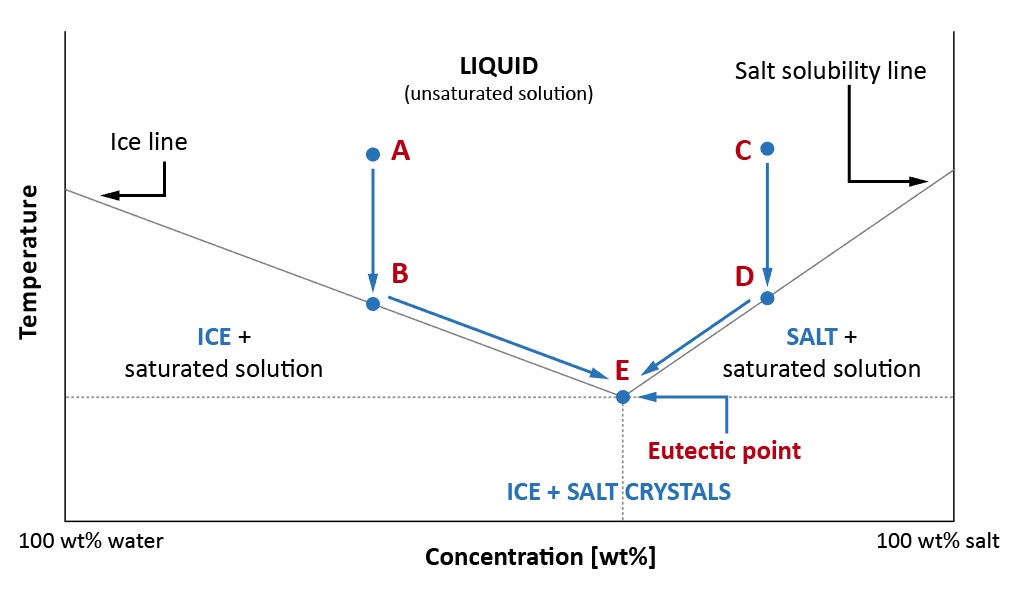 The following graph is a typical cooling profile for a solution that is cooled to its eutectic point. Starting with an unsaturated solution cooling down will at some time lead to the crystallization of either ice or salt (depending on the initial concentration).

Crystallization will not initiate immediately when the equilibrium temperature is reached, but the solution will become supersaturated first. When nucleation occurs the energy that is released by the crystallization process leads to a jump in the temperature. This first jump is called either the salt or the ice jump (depending on the crystallizing component). The second jump in temperature marks the systems arrival at the eutectic point. After the jump, the temperature stays constant at the eutectic temperature of this specific system. These temperatures jumps (both for ice and salt) are not always observed very clearly.

The difference in density of the three phases present at the eutectic point (ice, salt and solution) makes it possible to separate these phases by gravity methods (i.e. settling).

The presence of additional components in a solution leads to a change in the eutectic concentration and temperature. 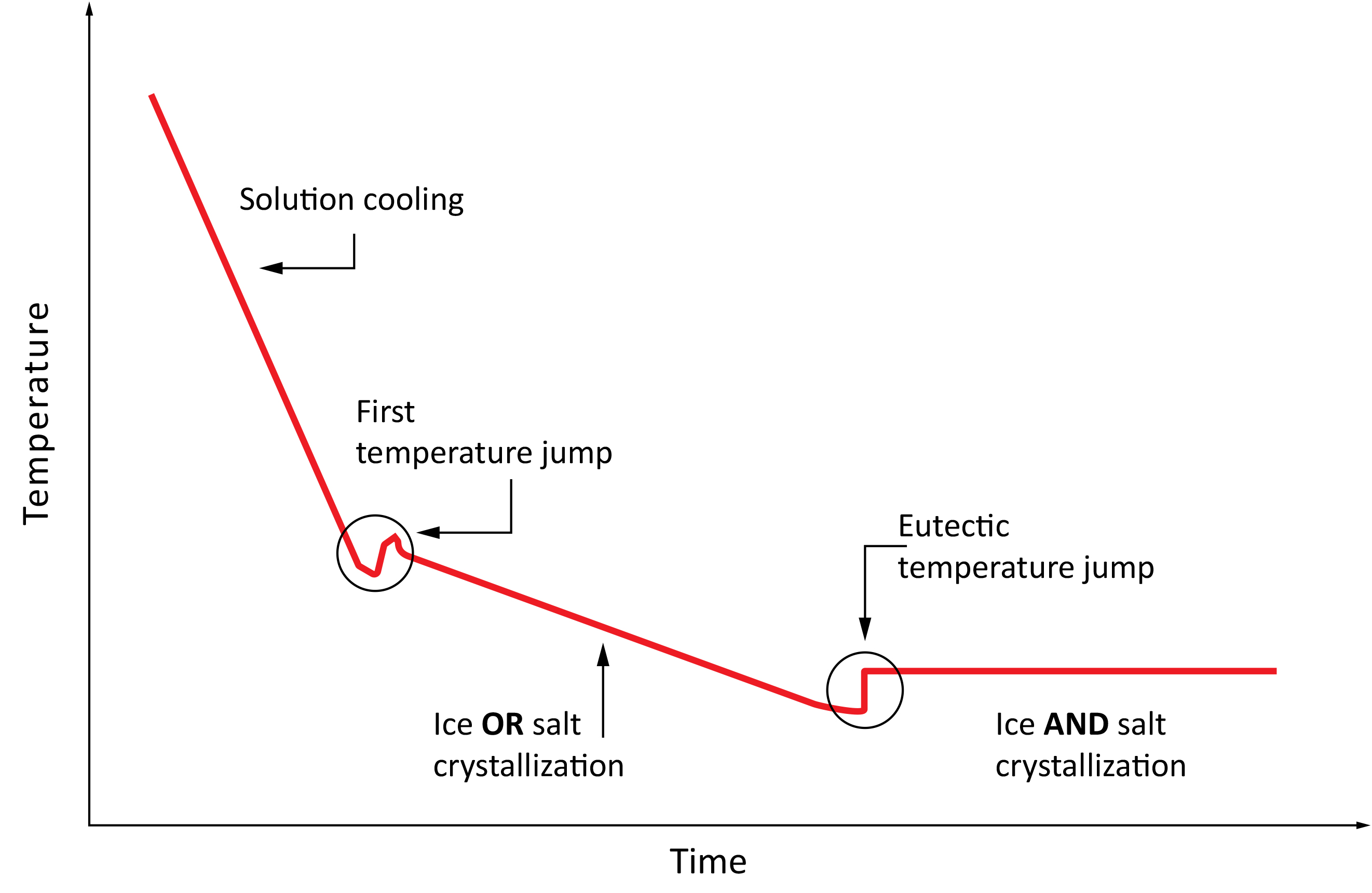 About what we offer